Meet the Beauty and Brains behind PSCF. 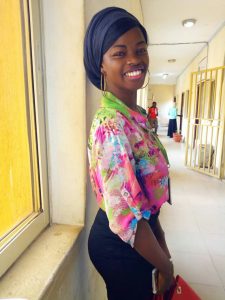 “My name is Makinde Titilayo Ololade Pearl, a final year student of the University of Ilorin studying Biology Education, the founder of Pearl Sickle Cell Foundation and also CEO of Pearl Revamp. I am a warrior with genotype HBSC, from Osun state based  in Abuja.

Was diagnosed of sickle cell at age 18 during my NCE days after my left eye went totally blind and I had ACS (acute chest syndrome) that lasted for weeks, during the process of seeking medical help, I was asked to check my genotype and it came out that I am HBSC.

Growing up I had crises occasionally, severe chest pains, arm, knee and joints aches generally, sleepless pain filled nights, I did not know it was called crisis, little did we know I had sickled cells, I continued to live a life of pains at intervals,due to ignorance I will just wait for a week or two for the pains to disappear, sometimes I use paracetamol to douse the pains but all to no avail. 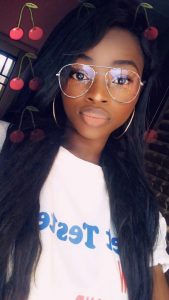 After Diagnosis my parents felt bad, I felt worse personally I was misinformed about sickle cell then, so when I saw I had the disorder, I felt I will drop dead anytime soon  so I stopped caring for myself. Since the whole drama became intense during my NCE days it was one pain to another, missed lectures and school activities.

On getting to the University, it became worse that when I go to the school clinic the doctors will say “Makinde you are here again.” Throughout my 200 level I had 0% attendance in all my classes, it was one crisis or the other, I was constantly in pains and being the type that detest drugs pains wont leave till it was tired of tormenting me, fainting was now a routine, friends tagged me epileptic at some point, they stopped relating with me. My CGPA dropped, friends left. I battled depression for years.

My university period, was hell for me, I felt like every crisis I was suppose to have throughout the first 18 years piled up and waited till university days, I was always meeting up one lecturer or the other, I was tagged lazy and a truant.

Relationship has had its toll on me too, I am currently single but not searching as my Ex broke up with me and told his friends that I will die soon, I hope to get married some day and have my own kids and a happy family.

I started a sickle cell clinic where I met a lot of warriors who talked and shared their episodes of pain and how nobody understands them and I felt for them and that inspired the establishment of PEARL SICKLE CELL FOUNDATION, the foundation is to create a support system where warriors can freely express themselves , PSCF also gives medical and psychological support to warriors, it was also found to create awareness about the Disorder and to erase the misconceptions people have about it. 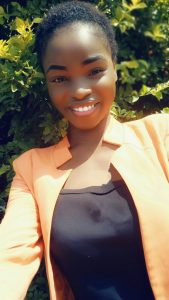 I always tell people this life was made ours because we are strong enough to live it, am the first of 4 kids and the only one in my family with the disorder, I am grateful because I cant imagine my siblings go through all of this.”

I always tell myself that I have to be strong and do me, for  sake of my family and those that believe in me.