Who Says Warriors (sicklers) cant live to  old age?
Join me, lets take a peep at Mama Laguda who has lived well over 90 years in this obodo Nigeria, nor be abroad. 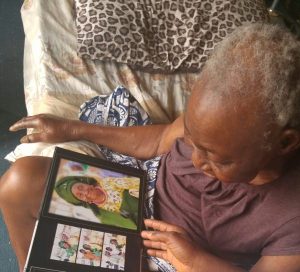 Alhaja Ashiata Abike Onikoyi nee Laguda’s was born with Sickle Cell anemia. At that time, no-one expected her to survive childhood; currently Mama Laguda is 93-years old, who has an encouraging story of how against all odds has survived as a sickler all these years. Laguda, is oldest Sickle Cell survivor in Nigeria and at the time of this post, she’s still very much alive bubbling in good health.

There is a general notion that anybody living with the sickle cell anemia, popularly called SS which we now termed as WARRIORS, barely lives above teenage years, when you meet warriors (sicklers)the common thoughts people have is that ‘we will soon die’ and because of this orientation the discrimination against us is epic! We are treated differently from others; in every spheres of life. 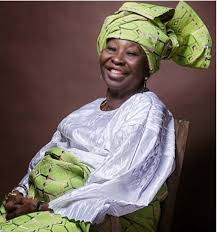 Mama Laguda  will be 94 years old this October born to the family of Mr. and Mrs. Onikoyi of Lagos in 1924, Mama Laguda’s parents lost a child, to Sickle Cell Anaemia; because this disease was not well known, no one paid attention. She became an only child until her mother remarried.

She has been to Mecca (Muslim Holy Land) on several occasions, Mama Laguda was always sick which she said affected her academically, in trying to find a way forward mama was given all sorts of concoction and cuts on her body because she wanted to live. When she had crisis on her hands she could not use them to eat and when it was her legs neither could she use them. Whenever she was at home, she must be by the fire-side, to keep herself warm.

Mama Laguda said her father pampered her so much because of the illness: “If he didn’t die, I would not be educated because he wanted me to be home always, he insisted that because of my nature, no teacher should beat me, when he died I had no choice because my mum insisted I went to school’. Growing up, she said she never felt bad even though she knew she was different, maybe because nobody taunted or bullied her, unlike our time where we had to battle with discrimination,been taunted,mocked and tagged.

Mama Laguda said there was a time she felt she would give up during the birth of her last child “I remember when I had my last child, I told the doctor that I would die that day but he said no, that I would not die. He and other doctors on duty were on ground, telling me that they were weighing the blood I was losing and they gave me the best treatment. In fact, at lunch time I was up and doing; I even had lunch with the doctors.” 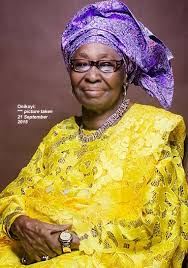 Mama Laguda has five children, today she is alive and kicking in good health, against all the negative predictions. Healthy people die daily, that you are a warrior is not death sentence. Warriors should be given the best encouragement and support needed, it helps us to overcome life’s hurdles…

Stop the discrimination and support a warrior today.

I hope you are inspired and encouraged by Mama’s story.

See you next week