Meet the Beautiful Founder of Feel My Pain Online NGO. 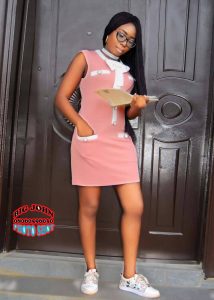 Omiunu Precious Idowu Ihinosen, a graduate of Ambrose Alli University, Ekpoma, is a beautiful warrior,  she’s a teacher, a writer and loves to read. Born on the 9th of July two decades ago. Her Warrior Status was discovered when she was six months old, like most cases, this affected her childhood and was restricted from doing things that will trigger pains.

With these restrictions, Lady Precious as she’s fondly called became a loner and had little or no company she says “I was constantly being teased about my frequent illness”

At age of 10, I was admitted into a secondary school during that time my health had improved greatly, looking a bit plumpy, my hobby then was reading which influenced my writing at age 11. At age 13 on my way back from the library; I tripped and fell heavily incurring slight injuries, months later the fall had affected my hip joint, which developed into Avascular Necrosis of the head and femur of both hip joints causing excruciating pains, I cried all through that day. 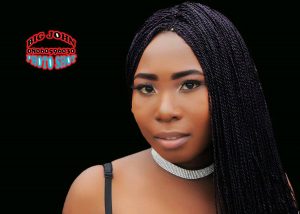 When I gained admission into Ambrose Alli, the pains off course were still there, I was constantly on painkillers, during my 2nd year in school, the pains intensified which made me defer my admission so as to go home and get a lasting solution to the pain. I stayed home for a while and 2 years later I went back to school; during this period I went for a hip replacement surgery for one leg and was unable to do the other leg immediately due to lack of finance upon till this time am still living in constant pains on the said leg but am hopeful.

After my NYSC I searched for jobs in different places on a particular occasion I was told in the bank that I cant be employed not because I wasn’t qualified but because I made open my health status. There are people who see me walking (limping), without first trying to know, interact with, they place an incapacitated status on me, they put me off, in regards to jobs and other aspects of life.  I currently teach in a school, not because the pay is good, but because over time, I have learned that Lazy people, only dream of things they want to acquire or do and 96% of the time, they don’t get or do these things, which off course leads to depression and sadness. I don’t want that and I am not lazy. I rather work for something than sit for nothing.

Sickle cell has affected all areas of my life, the discrimination is epic, no mother wants her son or daughter to get married to a warrior, we are seen as weaklings on death row. These issues geared me to start my Online NGO, I am a gifted writer and a storyteller. 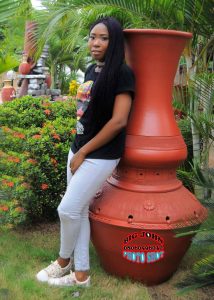 The constant pains, stigmatization, and marginalization is overwhelming, but I’m hopeful and as a warrior and survivor I will keep fighting and winning.