Discrimination:Sequel to my Secondary School Pt.2 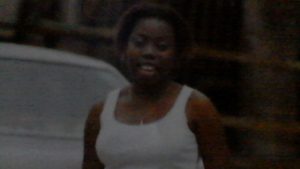 “It is not our differences that divide us. It is our inability to recognize, accept, and celebrate those differences.” 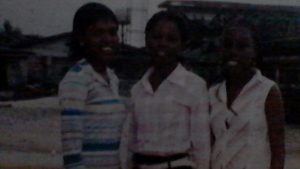 (from Left Jessica, Anita and Me)

….. that was how I left senior secondary school unsure of what my future had for me, that’s how I be came an indoor girl, did not want to go out because the discrimination was terrific! even in the church; then I said to myself what’s the point of having or keeping friends when you are been mocked. 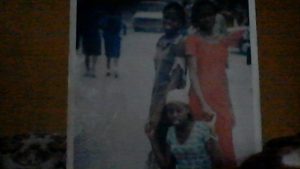 (From left Jessica, Me and Tessy)

Most of the places I went to; the discrimination continued this increased my complex issues, I was more aggressive and intolerant. I was always complaining to my parents about my peers taunting me at all times and they kept encouraging me to overlook them but in some cases I stood up for myself damning the consequences on my health. The only friends I could go through with were my childhood friends which were now Jessica (Onos), Tessy (Voke), Anita (Karo)and Cynthia (Efe).

After waiting at home for few years to my admission; my Dad suggested I go learn computer training  that was how I met my first best friend, love and body guard, Raji Solomon Aminu, my ever best pal till date; who stood up for me most of the time. The way he stuck with me and went with me almost everywhere I went, he understood my fears, struggles and life generally. He was the only true male friend I had at that time; my family liked him too because he was with me through thick and thin even on hospital admissions Nunu (as I fondly call him) was there.

He did understand me very well because he also had an elder brother who was a warrior though late now(may His soul RIP).Bro Ose of blessed  memory did die from sickle cell issues; my friend stood up for both of us anytime the opportunity presented itself. I met him in the computer school we became best friends for years; what attracted us together was the fact that I and his late brother shared same health issues. There were times were he confronted those who taunted me, at some point he was termed my ‘body guard’ by people who knew us together  from hospital to neighbourhood. 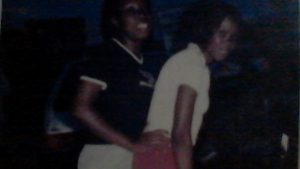 (from Left Me and Cynthia)

With his support, I began to go out, he encouraged me like my family did to be more friendly, outspoken, he genuinely cared for me without hidden intentions. The times he was absent, I was withdrawn; back to my usual state because discrimination is an everyday reality for me, obvious examples of day-to-day discrimination – receiving poor treatment except for rare occasions, being treated with less courtesy, respect,  treated as less intelligent or less trustworthy were common. Such day-to-day discrimination frequently came in the form of “microaggressions” such as snubs, slights and misguided comments. 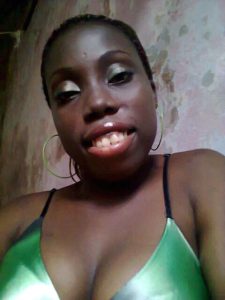 These microaggressions are often subtle, which is harmful to my health and well-being as more overt episodes of major bias; being on the receiving end of day-to-day discrimination often times I feel am in a state of constant vigilance, on the lookout for being a target of discrimination. These heightened watchfulness is a recipe for stress, which leads definitely to an episode (crises). Unfortunately for me I never discovered how to deal with it till 2-3 years ago.

My dear warriors; don’t let discrimination stop you from being you… here are a few steps to how you too can tackle discrimination we constantly face on daily basis:

With these we can learn to overcome discrimination and avoid the stress  or episodes it brings; learn to be comfortable in your own skin, not every action needs a reaction.

Life is designed for the strong. It used to be survival of the fittest, but the clime has changed, it’s now the elimination of the unfit or weak.

Fret not, there’s good news, everyone, yes, you reading this, you are strong and unique in your own beautiful way.

Its Christmas season… give out love; Christ is the reason for the season.